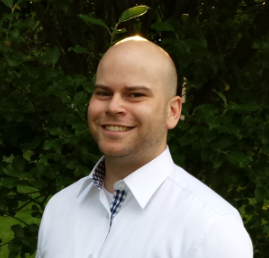 Hello, my name is Tom Sylvester.  I help people find their passion and greatness and aid organizations in supporting them to achieve success.  In my free time, I am a serial entrepreneur.

I am very passionate about lean concepts and apply them to just about every aspect of my life.  My obsession started shortly after graduating college and starting to work as a software developer.  Working on project that used traditional project management practices, I quickly became frustrated at all of the “extra work” that was required to develop software.  Additionally, it appeared as though we (software developers and testers) always seems to struggle with determining exactly what the customer wanted and we never seemed to deliver it on time.  We resisted making “unnecessary” changes to the software because that would require an additional round of regression testing, which we could not afford since we were already late in delivering and delivered less than promised.  This less to less quality code, which meant more work on the next project and even less delivered.

There had to be a better way.

So I began reading, both online blogs and books.  I quickly found that there was a “movement” going on with software projects towards this thing called agile.  A few years prior, a bunch of people who felt similar to myself met and  created the Agile Manifesto, which focused on 4 key areas:

These concepts seemed to simple and made so much sense to me.  Since then, I have been focused not only on implementing these practices within my teams, but also helping other teams that are struggling to also implement them.

Outside of software projects I am a serial entrepreneur.  I heard someone use that term several years ago and fell in love with it.  When I was 6, I “opened” a candy store in my bedroom and impacted the waistline of each of our house guests.  A few years later I started collecting cans to return them for the 5 cent deposit.  I later realized that I could pay my sister 2 cents to collect the cans for me and I would still make 3 cents.  In high school I became interested in paintball and hooked all of my friends.  I figured out that rather than having each of us buy a small quantity of paintballs, I could order them in bulk and sell them in smaller quantities to my friends.  They saved money and I profited each time we played paintball.  In college, I finally started to enjoy reading.  After having a friend mention the cheap used books that were available at goodwill stores, I decided to start buying used books locally and selling them on Amazon.  This used book business paid my bills while in college.

These were just a few of my many ventures throughout the years as I was growing up.  Now as a adult, and I use the term loosely, I have turned these ventures into actual businesses.  My father and I started a real estate business where we purchase rundown/vacant properties, renovate them and lease them out.  After working in my father’s wine/liquor store, I decided to open my own wine/liquor store.  In each of these businesses, I use the basic lean concepts that I apply to software projects to grow and make them successful.

As you peruse this website, you will see a variety of information in a wide range of topics.  I love to learn and I love to help others reach success.  I hope that this information will aid you in whatever you are trying to accomplish in your life or your career.

P.S. – If you would like to get in touch with me, the easiest way is to send me a message through LinkedIn.